Andrew’s Testimony of Salvation and Call  – 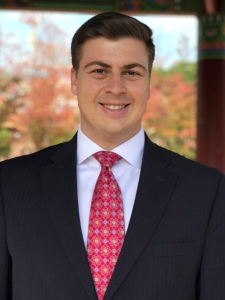 I thank God for the privilege to have been brought up in a Christian home. It is because of God’s grace that I was blessed with godly parents who desired for me not only to possess God’s salvation, but also to please the Lord with my life. Both my Mother and Father took special care to thoroughly communicate the Gospel to me as a young child. Over the course of several months, my parents would regularly instruct me on how I could be saved, without pressuring me. After some time, I had a good mental grasp of the facts. One Sunday in 1995, my parents’ persistence paid off. I was under great conviction and realized my need of salvation. I told my father that I wanted to get saved and he told me that if I still felt that way in the evening to let him know. In the Sunday evening service at Madison Baptist Church as soon as the invitation began, I told my father that I wanted to be saved and he took me down to the altar. There, he checked my understanding and then led me to Christ. Though I was young, I can clearly remember that I sincerely asked the Lord Jesus Christ to save me from Hell. I understood that I was a sinner deserving of eternal punishment and that Jesus Christ was my only hope of salvation through His death, burial and resurrection. I made the clear choice to put my trust completely in the Lord Jesus Christ. I am so glad that I am saved. As I grew up in the nurture and admonition of the Lord, I learned many biblical truths from my parents, grandparents, and from the preaching of my pastor, Dr. Allison. At the age of nine, I felt the Lord calling me into the Gospel ministry. At the age of thirteen, after a powerful message by Missionary Bob Nichols Sr., I felt the Lord directing me towards missions. It was during my senior year of high school that I started to become serious about the things of the Lord. I enrolled in Southeastern Fundamental Baptist College (a ministry of my home church) in the fall of that year. After completing my first year of college, I felt the Lord leading me to transfer to Golden State Baptist College in Santa Clara, California. There I was very active in witnessing and the bus ministry. During my time at GSBC the Lord began to burden my heart for the people of South Korea. I began to pray, “Lord, if it is Your will for me to go to Korea as a missionary, please show me.” One day I felt the strong leading of the Lord to pray instead, “Lord, please use me for Your glory in Korea.” It was at this moment that I truly felt called to be a missionary in Korea. As I studied Korea in depth, the Lord again confirmed His call on my life. In the summer of 2011, I had the privilege to visit South Korea for six weeks. Here again, I felt the strong call of the Lord directing me to be a missionary in this needy land. The Lord used Romans 10:14 as a special verse pertaining to His call on my life. I completed my Bachelor of Ministry Degree (majoring in Missions) in May of 2012 and I completed my Master of Ecclesiology Degree in May of 2013, at Golden State Baptist College. The Lord blessed me tremendously with my wonderful wife, Sarah, whom I met at Bible College. We were married on June 15, 2013. We spent our first months of marriage as faithful members of Madison Baptist Church, serving in the bus ministry, junior church, Sunday school, RU ministry, and participating in church-wide soul winning. Following a month long survey trip to Korea in January 2014, I was ordained to the Gospel ministry by my home church. In March of 2014, my wife and I moved to South Korea where we assisted Veteran Missionary David Lewis in starting the Victory Baptist Church for the U.S. Military and Korean people. I served as the assistant pastor and my wife and I both taught in the Christian school. While in Korea, we thoroughly enjoyed interacting with the Korean people, experiencing the culture, and learning some of the language. We praise God for the many opportunities we had to distribute Gospel tracts and witness to Korean people. We returned to the States after one year in March of 2015 and we started deputation full-time in June of 2015. Deputation was a wonderful time of learning for us. We saw the Lord provide for our family in many ways. The Lord blessed us on July 26, 2017, when our precious daughter, JoAnn, was born. The Lord raised all of our needed monthly support and on September 29, 2017, our family arrived in Busan, South Korea. Since arriving on the field, we have been engaged in intensive Korean language studies as we have sought to communicate the Gospel to the masses of lost Koreans around us through the enabling of the Holy Spirit. The Lord blessed our family again when our second daughter, Hannah, was born on April 14, 2021. We believe that Lord has led us to first plant a biblical church here in the central district of our city and we are enthusiastically engaged in this exciting project. Our family is humbly seeking to fulfill God’s will for our lives as Fundamental Independent Baptist missionaries preaching the Gospel and planting New Testament local churches in the Republic of Korea. 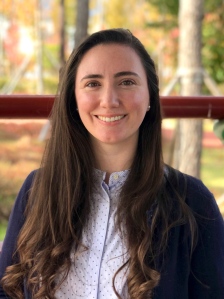 I am so grateful that my dear parents raised me in the nurture and admonition of the Lord. By God’s grace, I got saved at the age of fifteen. It was after a Wednesday night Bible class that I knew I was a sinner deserving of eternal punishment and that Christ could save me through His death, burial, and resurrection. That evening, I trusted the Lord Jesus Christ for salvation. As I grew in the Lord, my desire to serve Him increased and witnessing became an important part of my life. I had the privilege of working in the bus ministry and teaching Sunday School. While attending Bible college, I met my wonderful husband, Andrew. We both graduated from Golden State Baptist College in May of 2013 and then were married on June 15, 2013. In March of 2014, we moved to Songtan, South Korea for a one-year missionary internship. It was a great experience to serve the Lord together in this needy mission field. My husband and I helped a veteran missionary start a new church and we both taught in the Christian school. We returned to the States and started full-time deputation in June of 2015. The Lord blessed us greatly on July 26, 2017 when our precious daughter, JoAnn, was born. In September of 2017, we completed deputation and moved to our mission field of Busan, South Korea. The time since we arrived here in Busan has been both a period of intensive learning and of enjoyable adventure as our family works to learn the Korean language and adjusts to the Korean culture. The Lord blessed our family again on April 14, 2021 with the birth of our second daughter, Hannah. I am very excited to communicate the Gospel of Christ to the Korean people for a lifetime with my husband and two daughters. Two of my favorite Scripture verses are Romans 1:16 and Psalm 37:5. 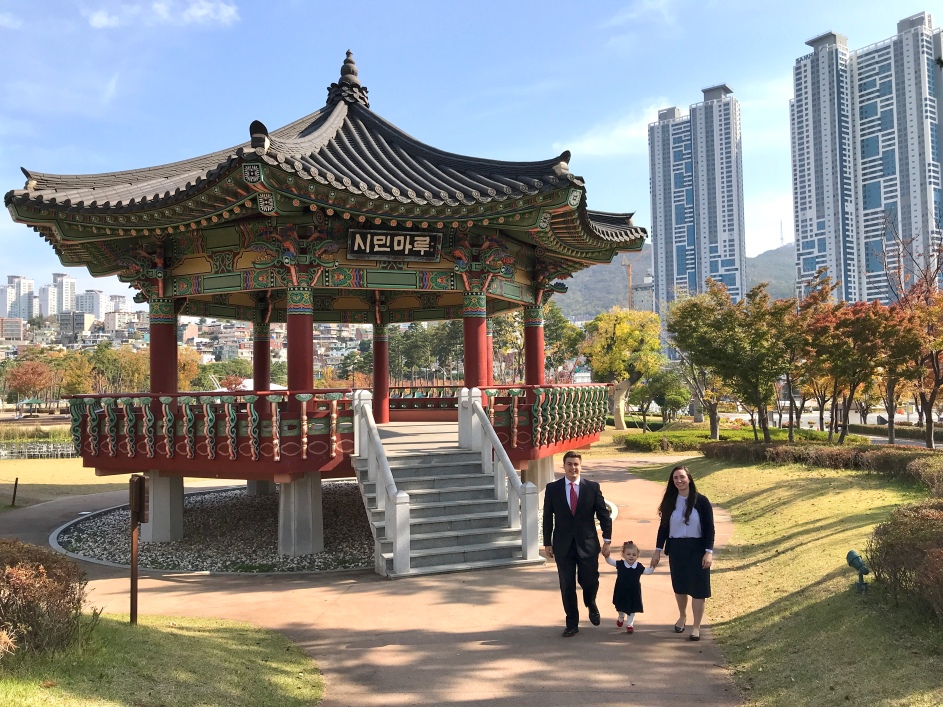